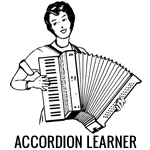 How to respond to learning-style believers

Why do people continue to believe in debunked learning styles? Let’s look at why the belief is appealing and how we can respond to the believers on our team. Learn more.

“What do you mean, I shouldn’t accommodate people’s learning styles? You can’t tell me people don’t learn differently! I see it in the classroom all the time!”

“Be sure to include narration for the audio learners! And add lots of drag-and-drops for the kinesthetic people.” 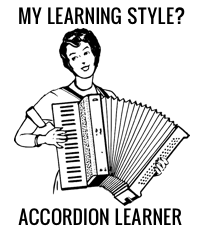 Learning styles have been popularized by well-intentioned people, including possibly your professor of instructional design. However, the claim that we have to adapt our design to accommodate different learning styles has been repeatedly debunked by research.

Then why do people cling to the belief? Let’s look at one reason why learning styles are so appealing and how we can respond to the believers on our team.

These resources link to or summarize research that debunks learning styles:

Debunk carefully — morals are at stake!

The myths that put people into special categories, such “visual learners” or “digital natives,” have a powerful emotional appeal. As a result, questioning them can backfire. I’ve certainly received some impassioned responses, and I know that some of you have, too.

In Urban Myths about Learning and Education, the authors suggest that these myths could be a type of moral panic. In a moral panic, believers claim that there are stark differences between groups of people and that only moral people care about these differences.

Emotions can run high thanks to the believer’s moral commitment. For example, imagine that I believe in learning styles and I’m a member of a team on an elearning project. I notice that no one is planning any narration, so I say earnestly, “Don’t forget the auditory learners!” Someone else says, “Oh, that’s all been debunked.”

I’ve never heard that before. How might I respond?

This is the “worldview backfire effect,” according to the authors of The Debunking Handbook, available for free from SkepticalScience.com.

How can we respond?

One way to avoid the backfire effect could be to frame your disagreement in a way that doesn’t threaten the believer’s moral position. That way, you can keep their emotions from rising and clouding their thinking.

For example, you might first acknowledge the believer’s compassion and then offer alternatives that meet even more important needs, so agreeing with you won’t harm their position as someone who cares about the learners.

You can also offer an alternative explanation for the situation that the myth is intended to explain, or suggest that the people who originally promoted the myth did so for their own profit, both techniques recommended by research cited in The Debunking Handbook.

For example, if you have a learning-style believer who wants redundant elearning narration “for the auditory learners,” you might say the following:

“That’s an important point. We need to consider how people’s preferences might affect their learning.”

“For example, research shows that people learn best when they can control the pacing, which is actually hard to do if we use a narrator for everything. So if we added a narrator for the subset of people who prefer narration, we’d take away the control over pacing that everyone needs. If we made the narration optional, we’d still have to spend a lot of the budget on it, which reduces our ability to use techniques that everyone needs.”

“Unfortunately, much of the research that seems to support learning styles was done by people who sell the learning style inventories or otherwise profit from them. Independent research doesn’t support the idea of changing our approach to accommodate learning styles, but it does say we should give everyone lots of practice over time. Since there’s more research support for spaced practice, it would be most effective to use our budget to design more practice for everyone instead of hiring a narrator for a few.”

I’m saying that all learners are exactly the same. Not.

Some learning-style believers say that science fans like me just want to turn learners into robots, denying their individuality.

I say that the best way to honor people’s individuality isn’t to shove them into simplistic categories so we can pour information into them, but to provide them with the respectful support they need to drive their own learning, at their pace. And if we use techniques that independent studies show actually work, we’re respecting learners’ time and showing true compassion for their needs.

I’ve focused here on just the “moral panic” appeal of learning styles. I think they’re appealing for other reasons as well, including:

60 comments on “How to respond to learning-style believers”