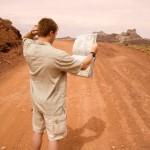 Want to write a scenario? Don’t just jump in. You’ll save time and create a stronger story if you follow this process. Learn more. 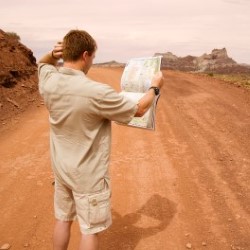 Do you want to write a challenging, relevant training scenario? Here's a four-step process you can use to create an activity that reviewers approve and learners love.

Many people start writing a scenario too soon. They invest a ton of time only to find their work rejected by the client or learners.

Make sure your scenario is challenging and relevant by following the process below. The main takeaways:

Here are the details, mostly copied from my book Map It. For lots more about every step, see the book.

1. Analyze everything. Don't skip this!

First, draft one challenging question. Even if you're planning a complex branching scenario, focus on writing just one question for now. You'll write the rest of the plot later.

Next, add any supporting information, and make it optional.

3. Test the prototype before you write another word

If you're creating one-scene mini-scenarios, once your prototype is approved, you can confidently crank out several more scenarios using the same format. Consider sending them to your SME in batches, so the SME can consider one batch while you write the next.

If you're creating a branching scenario, you aren't done yet.

Once your prototype question is approved, you’ll:

See chapter 13 of Map It for detailed questions to consider at each review. And for lots more about scenarios and to get my help in writing your own, consider signing up for the next scenario design online workshop.