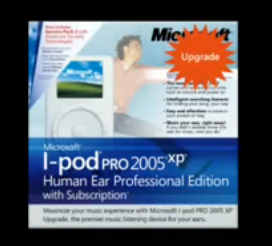 How to recognize elearning bloat

A fun video shows what happens when stakeholders think every detail is important. Read more.

When stakeholders think every detail is equally important, the result can be bloated elearning.

To fight the enemy, we have to see it

The following statement is sort of Apple style–minimal and direct. Your assignment is to rewrite it, packing in as many words and details as possible.

Don’t bring your cat to work, because some of your colleagues could be allergic.

All staff, both exempt and non-exempt, should endeavor to observe a complete ban on feline companion animals in the workplace at all times, due to the fact that much of the human population experiences an allergic histamine reaction to cat glycoprotein. Your observation of this ban is appreciated.

By examining how we bloated the statement, we can begin to recognize bloat in our own materials. So let’s look at the damage we did.

For another example, see how I sucked all the life out of a fun commercial by turning it into elearning.

Of course, bloated prose is just a tiny symptom of a bigger problem: too much information. Action mapping can help you identify when information is useful and how it should be provided. And here’s how to use a simple feature in Word to cut the bloat out of your own writing.

CHECK IT OUT
Skip back to main navigation
Tagged as: client management writing style

8 comments on “How to recognize elearning bloat”