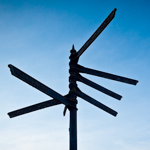 4 reasons to use a branching scenario

One-scene mini-scenarios are great for covering a lot of topics. So when is it worthwhile to design a branching scenario? Example scenarios included! Read more.

When should you go to the trouble of designing a branching scenario? Let’s look at some examples.

First, you might not need a branching scenario. Most of the time, a one- or two-scene mini-scenario does the job fine.

In a mini-scenario, you make your decision, see the realistic consequence, and figure out if you made a good choice. You might then go to a very different scene representing a different situation.

Mini-scenarios are great for covering a lot of possible problems, but they’re not so great for getting deep into a more complex situation. For that, consider using a branching scenario.

In a branching scenario, decisions made in early scenes affect later scenes. This helps people practice such skills as: 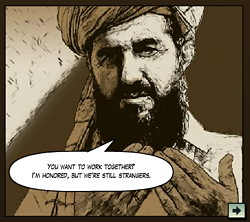 A lot of you are familiar with the Haji Kamal scenario, in which you help an inexperienced Army officer make a good impression on an Afghan leader. You have to make many decisions in one conversation, and things you say at one point affect what happens in later points.

This wasn’t a problem for us, but it’s easy to imagine a stakeholder saying, “We shouldn’t spend all our budget on just one story! We should have lots of short scenes so we can cover things like how to deal with children, what to do when you have to search someone, what to do when someone tries to give you a gift…”

I’ve seen cross-cultural training that uses that approach. You’re tossed from one mini-scenario to another so you can practice social niceties. In one scene you accept a business card correctly, and then suddenly you’re eating in a restaurant, and then suddenly you’re deciding what gift to bring to someone’s home. This is surface training. There’s no deep change involved.

For the Army, we used a branching scenario because we wanted deeper change. Our (many!) interviews with soldiers suggested that one challenge they faced was their western perspective of “We’re here to help you, so let’s get down to business.” We wanted them to practice recognizing when that perspective was hurting local relationships and, importantly, practice recovering from mistakes.

In their “Family of Heroes” scenario (registration required but worth it), Kognito also focuses on just one conversation. Their goal is to help us see from another’s perspective, manage our emotions, and recover from mistakes. Imagine how much weaker the interaction would be if it were instead a series of unrelated one-scene snippets from the couple’s life.

In this fake language learning scenario, the branching isn’t complex. In order to make sense of later scenes, you have to choose correctly in previous ones, and the branches are just little loops to make sure you choose correctly. But because later scenes build on vocabulary learned in previous ones, your learning is repeatedly reinforced, and I hope you also gain confidence. 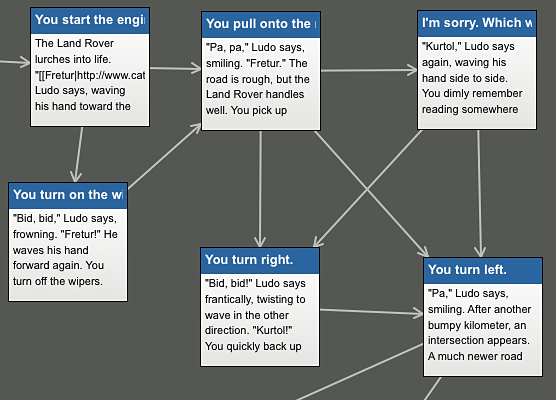 If you want to cover different situations but also want the advantages of some branching, you might present a series of shorter scenarios. One artist’s intriguing Flash interaction uses that approach. You meet three different young people and try to talk them out of killing themselves.

Finally, at the other end of the production spectrum, the BBC helps you learn Spanish and Spanish customs with an interactive TV mystery series.

All of these use branching to some degree, because their goals include challenging our assumptions and encouraging us to build our own knowledge. While they don’t cover the variety of topics that mini-scenarios could cover, they aim for deeper change.

You can see some more branching scenarios on my page of training scenario examples.

Photo credit: Signpost image used to represent this post is by The Nick Page

13 comments on “4 reasons to use a branching scenario”